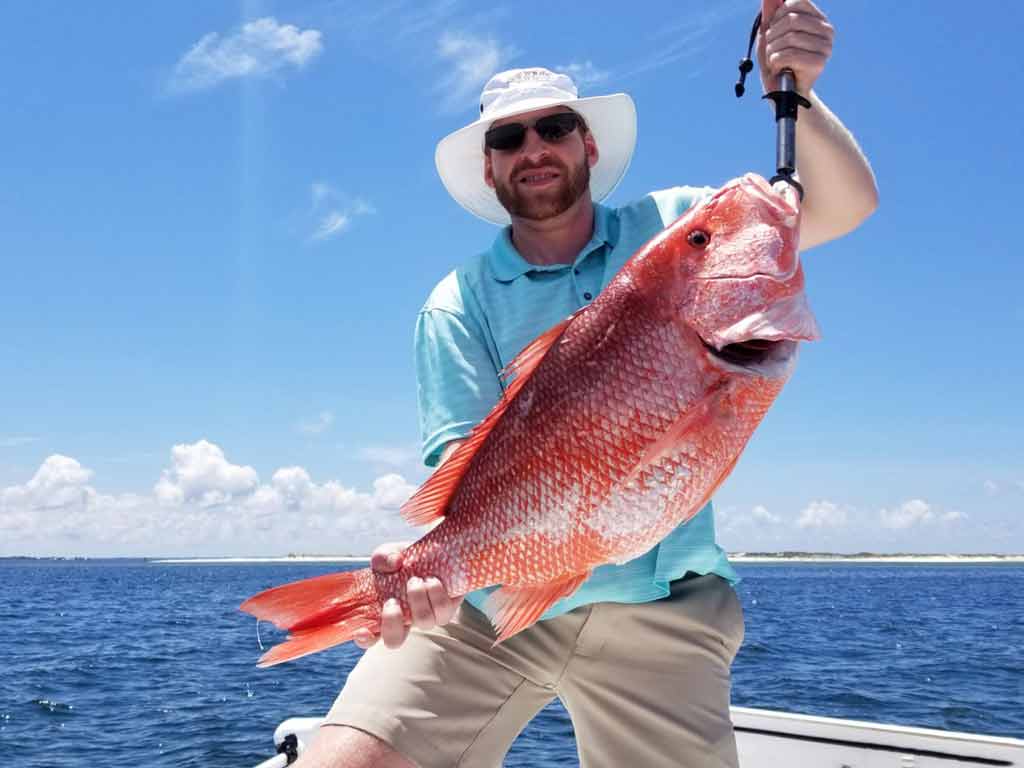 How impatient are you for the Red Snapper season to start? Year after year, we look forward with anticipation to the authorities to tell us what we can expect in the summer months. And we’re religiously waiting for them to announce the beginning of the Snapper fishing frenzy once again.

But as soon as the official season is upon us, it’s over before it started. You’ve been on hold for so long that a couple of weeks simply fly by. And, just like that, you’re back to square one – devoutly waiting for next year’s announcement. Don’t you find it nerve-racking that you have to go through this each year? What if the Red Snapper season could be longer?

Many anglers have expressed their views on the matter and the government answered their prayers. In 2016, Congress decided to fund a three-year project to reestimate the population size of Red Snapper in the Gulf of Mexico. This was the beginning of the “Great Red Snapper Count” era.

With this article, we want to shed light on the impact the project may have on the fishing industry and recreational angling. We’ll examine the scope of the research, the methods used in the study, and key takeaways. Let’s see together what the future may hold.

What is the Great Red Snapper Count?

A year after the funds were granted, a scientific team of more than 20 professionals led by the Harte Research Institute (HRI) was assembled to evaluate the abundance of Red Snapper in the Gulf of Mexico. This one-of-a-kind project ran from 2017 to 2019 and is better known as the Great Red Snapper Count.

This was an independent research study and was conducted separately from the National Oceanic and Atmospheric Administration (NOAA), but with the idea to help them with their approach to future management measures of Red Snapper.

To understand how the research could shape the future of Red Snapper fishing, we’ll look at:

So, what’s happening with the Red Snapper population?

Delicious meat, admirable game fish qualities, and exceptional market value – Red Snappers have it all! They’re the catch of the Gulf of Mexico. It’s true – they’re so sought-after that they’re on everyone’s radar. Unfortunately, that’s where the problem lies.

Red Snappers have been in demand for so long that their numbers heavily declined. To protect their population from overfishing, the government introduced management measures in the form of bag, size, and season limitations. State and federal waters have their own annual requirements, but you usually have around 60 days to go after Red Snapper. And, on average, you’re allowed to keep two fish with a 16-inch minimum length.

You can find detailed information on these regulations in this blog post. As soon as all states announce their quotas, the article will reflect the latest management measures.

All in all, these restrictions are frustrating for the fishing industry. But the discontent intensified in recent years as anglers noticed a growth in population. However, while the stock is showing some signs of recovery, there aren’t enough reproductive females for the government to lift the bans. But, what numbers are we talking about?

The NOAA’s latest assessment estimated that there are 36 million Red Snappers in the Gulf of Mexico. Due to anglers’ appeals, the authorities supported a reevaluation of the stock. Truth be told, we’re thrilled that they did this because it turns out that there are three times as many Red Snappers than we previously thought. So, what did the HRI do differently?

How did the HRI evaluate the Red Snapper abundance?

With an impressive budget of $10 million, the HRI had access to resources previously unavailable to the NOAA. This meant that the HRI was able to gather leading experts in the field and combine a variety of methods to get the most accurate numbers. The Great Red Snapper Count was the first project of its kind and it yielded incredible results.

Habitat classification, direct visual counts, depletion surveys, and tagging studies were the four main methods the HRI used while evaluating the Red Snapper abundance. Let’s peek into what each approach was about.

What are the Great Snapper Count’s results?

After three years, a variety of methods, endless hours of counting, dozens of professionals, and with the entire fishing community working on the project, the jaw-dropping results were in. There’s a population of 118 million Red Snappers in the US’s Gulf of Mexico! Yes, you read that correctly – the previous estimate of 36 million has tripled! But how’s that possible?

Well, for one, the HRI had the means to survey a larger area. They also used top-notch equipment and applied a multitude of approaches to scan different habitats. All this revealed the astonishing fact – almost two-thirds of Red Snappers live in bottom habitats that weren’t previously examined by the NOAA and were unexplored by the fishing industry. Sounds amazing, doesn’t it? But then again, what does it mean?

The Project’s Impact and the Next Steps

The main impact of the project lies in its groundbreaking findings that will be used for future Red Snapper evaluations and management measures. There’s an entire world of unexploited Red Snapper, and thanks to the Great Red Snapper Count we now know this. This research has opened the door to new possibilities.

As for what comes next, well, the HRI submitted the full report to the NOAA and they’re already working on including these results into their analysis. The NOAA will examine the report further and incorporate the findings into their next estimation process that’s due to be completed by 2023. The Great Red Snapper Count is just the beginning of an era of discoveries.

The Ally You Didn’t Know You Needed

The Great Red Snapper Count is exactly that – an angler’s ally! Were it not for the research, we wouldn’t have known exactly what hides in the depths. We’d still be in the dark about where the majority of Red Snappers abide. Almost two-thirds of the Red Snapper population inhabit the U.S. Gulf of Mexico’s bottoms! How crazy is that?

However, the bottoms are not common angling spots. Fishing mostly occurs around high natural and artificial structures, and the population size there is pretty much the same as previously estimated by NOAA – 36 million. So, while we got to understand the population’s habits and habitats better, there are still many unanswered questions:

Nobody’s sure. All we know at this point is that the Great Red Snapper Count changed the way we perceived the Red Snapper abundance and has sparked long-overdue conversations. Meanwhile, we religiously wait for the authorities to announce the next Red Snapper season and the new stock evaluation.

Do you believe that the Great Red Snapper Count could positively affect the fishing industry? What do you think its impact on commercial and recreational angling will be? Hit the comment section below and let us know.