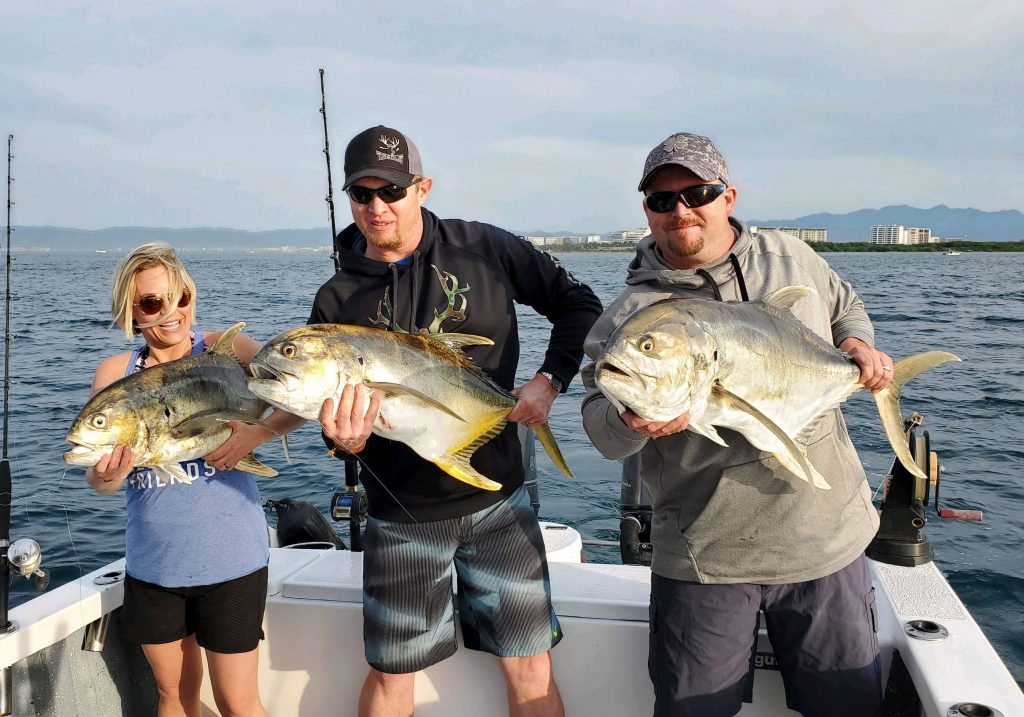 You just need to take a look at FishingBooker’s reviews and reports and you’ll see that there really is no such a thing as a slow season in the world’s rivers and oceans. Last month saw some fantastic fights, exotic fish, and delighted customers. Of course, none of this would be possible without our hard-working captains!

Here are the stories that stood out the most.

Occasionally, it can take a little time to get the ball rolling on a new platform. But Tail Gator Charters from Key Largo has already made a splash in 2020. Captain Bill Miller published his listing in November last year and by January was FishingBooker’s top rated new captain, with seven outstanding reviews.

Captain Bill’s customers have been praising his laid-back but attentive attitude. Overwhelmingly, they mentioned what an enjoyable experience they’ve had. Congratulations!

Buenas Aires is anything but cold at this time of year – both in terms of weather and fishing! In fact, you could say that the local waters are a real treasure trove.

Captain Mauricio Oñate from Buenos Aires Delta Aventura says that stunning Golden Dorados like the one in the photo have been regular catches recently, as well as big Catfish.

These “Dorados” are nothing like the saltwater fish that share the same name. Instead, they live in freshwater rivers in South America, jump like a Tarpon, and shine like real gold. You could go so far as to say that fishing for them with a local with 35 years of experience is priceless!

Ecuador Marlin Fishing is Off with a Bang!

“We began 2020 with a bang in Salinas,” wrote Captain Luis Gomez from the appropriately-named Bluemarlin Fishing Charters. And oh my, his photos prove him right!

Reporting that the weather’s been great and the fishing’s been excellent, he noted that the fish have been close in as the warm current has brought bait and clear water to Salinas, Ecuador. This made both Blue and Striped Marlin accessible, with this Blue in the photo being released after an hour-long fight about 15 miles from the coast.

Read his full report here. In the meantime, we’ll be looking up flights to Ecuador!

Doing it the Local Way in Jalisco, Mexico

Sometimes, you can’t do better than a fishing charter for truly experiencing the local area. This is what Travis and his group discovered on their recent trip with Captain Carlos and Samuel on Calypso Charters.

Their trip started with an unforgettable whale sighting, before getting on a triple-header with these 3 big Jacks, all in the first hour. That’s not all they caught: As the day progressed, they also got on Mahi Mahi and several Roosterfish. Finally, they topped everything off with getting their catch cooked at a beach restaurant that’s only accessible by boat. It’s hard to think of a better way to spend the day!

As Travis reported, Carlos and Samuel “worked extremely hard to get us on whatever fish we wanted to catch …. Amazing day, thank you!”

Tournament-Grade Experience in the Cayman Islands

On a New Year’s trip to the Cayman Islands, Dave booked a half day trip with Captain Daniel Stewart and Outcast Charters. Having been on tournament boats in Maui and Mexico, he wanted to share the excitement of professional big game fishing with his sons.

With all three of them getting on fish and the catch of the day being a 60 lb Wahoo, it’s safe to say that they’ve caught the bug!

Dave’s review highlighted just how much of a bonus it is to be fishing with a great crew on a well-stocked, well-maintained boat. In his words, “The experience was incredible. The captain and his first mate Jared are consummate professionals and just quality people. They have an obvious passion for the ocean and for fishing and watching them work was a big part of the fun.

“The equipment was top notch and well maintained, with light tackle gear available. The boat is in immaculate condition with state of the art communications and navigation—she inspires confidence both in fishing ability and safety. I was amazed by the tournament level experience we had. I can’t recommend these guys strongly enough!”

When Robert booked his trip with Tekéze Charters, he wasn’t sure what to expect. He’d never booked a charter before and was afraid things might not go well, so he only scheduled a half day trip.

However, in his words, “Our trip with Capt. Charles turned out to be an absolutely, totally awesome, life changing experience, and was worth every single penny spent!”

That’s not all. Captain Charles Hertel agreed to do this trip at the last minute, on a holiday, and in bad weather. “Yet,” wrote Robert, “he was able to put us on to some offshore, non-stop fishing where we caught several nice sized and very tasty fish. He has excellent equipment and keeps all of his equipment clean and in tip top shape. He totally took care of everything we needed!”

We hope this will be the first of many fishing charters for Robert. What a fantastic first experience, courtesy of Captain Charles!

What was your top catch of the last month? Share your stories in a fishing report and let us know how you’ve been getting on!